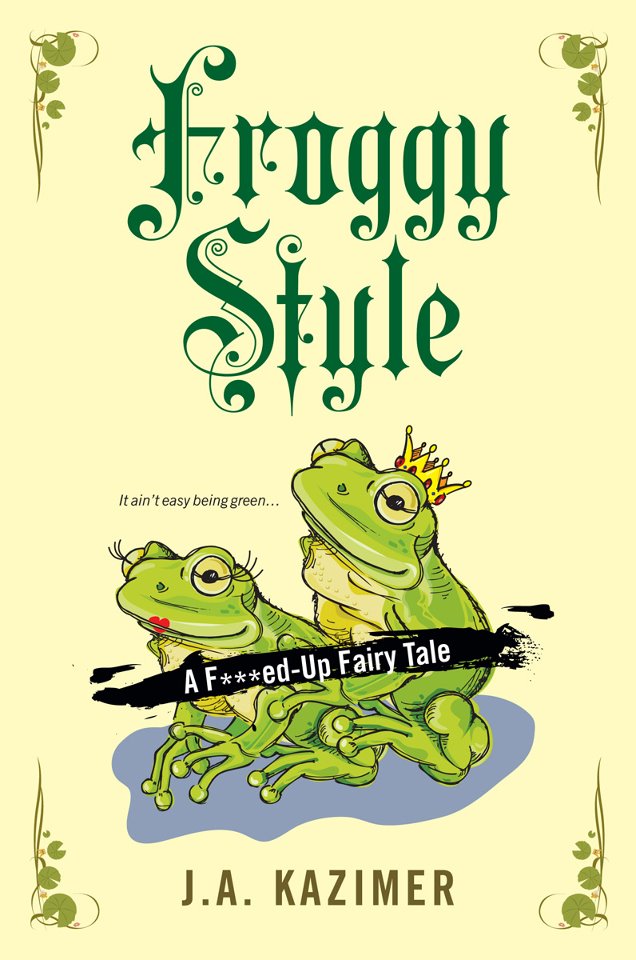 Part of the hot trend of revamped fairytales–from the films Hansel & Gretel: Witch Hunters, Mirror, Mirror and Snow White and the Huntsman to hit TV shows Once Upon a Time and Grimm–J.A. Kazimer’s second raucous and irreverent book in the F***ed-Up Fairytale series puts a new spin on a French-kissing frog looking for his princess!

Jean-Michel La Grenouille has a lot going for him. He’s a prince. Handsome. Filthy rich. And definitely charming. But he also spent his first few years as a fly-catching, pond-dwelling frog. All that saved him was the kiss of The One, the girl who saw nobility through his slimy form and fell into True Love. Okay, fine. Technically she was a toddler who tried to eat him, but whatever. The curse broke, and as long as he finds and marries her by his 30th birthday, he’s a free man.

Trouble is, he’s going to be 30 in ten days, and he’s getting some seriously cold-blooded feet. He’s pretty sure Princess Sleeping Beauty is The One. But his best man has some villain issues, his in-laws-to-be belong in a really special castle, and a smoking-hot lady biker named Lollie Bliss has him rethinking all this happily-ever-after stuff.

Oh, and he may have accidentally put out a hit on his blushing bride. Oopsie.