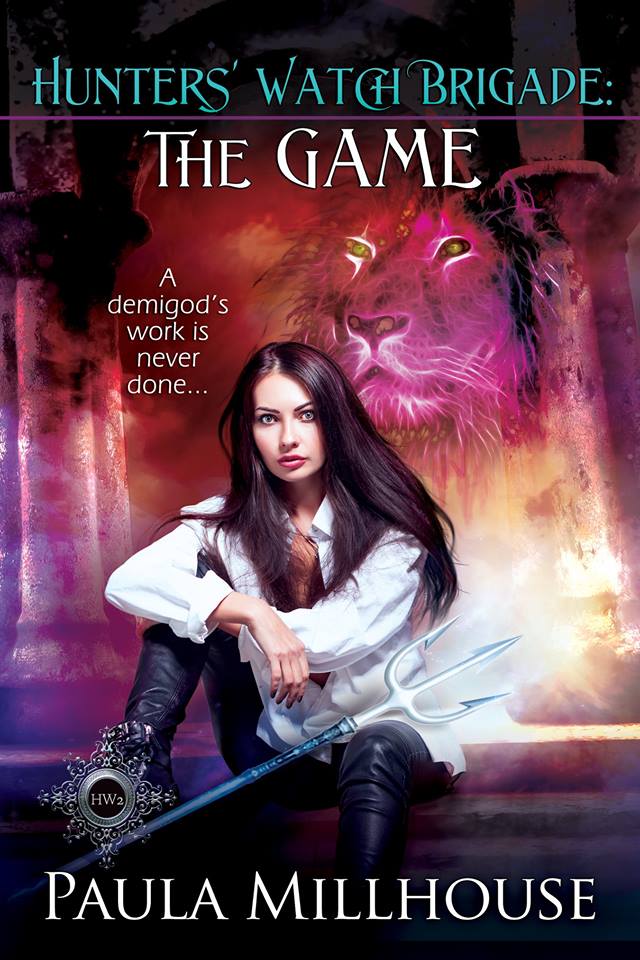 “A truly remarkable literary piece you would love from beginning to end.”—Bibliophile Angel Reviews on Hunters’ Watch Brigade: Initiation

All monster hunter Samantha Silverton wants is a little R&R. She and her sexy partner/cat shifter Max have a week off in the city that never sleeps, and she intends to enjoy it. But before she can pack her suitcase, she’s caught up in the middle of a wicked game—a smartphone app driven scavenger hunt that’s bringing all the big, bad supernaturals to NYC to play. The bad part? The game was the brainchild of Alex Van Dam—Sam’s first love. What’s worse? She has to play alone.

Maximillion Ra hasn’t quite got a handle on his unique shifter magic yet. He’s in love with Sam, but if he’s ever going to be any good to her, he has to face his family’s curse. But how can he leave Sam now, especially with her old flame in the picture?

Alex Van Dam isn’t interested in who wins his game. He just wants to find the final prize—an ancient Greek relic. Once he has it, he’ll use the artifact’s magic to control all the supernaturals in Manhattan, starting with the Hunters’ Watch Brigade.

Only Sam stands in his way. And without Max by her side, even the monster hunting daughter of Poseidon has to wonder if she stands a chance . . .

Paula Millhouse was born and raised in Savannah, Georgia, where Spanish moss whispers tales in breezes from the Atlantic Ocean to her soul. As a child, she soaked in the sunshine and heritage of cobblestones, pirate lore, and stories steeped in savory mysteries of the South.

She lives in the mountains now, but honors her Southern heritage as a story teller by sharing high-heat adventures with her readers. Escape your daily routine with books where justice does exist, true love is worth fighting for, and happily ever afters are expected.